A new barista at the Halte 24-7 - Guillaume Sauvé

Guillaume Sauvé has been the new barista at the Halte Café + Apéro for some time now. Accompanied by kate, Mathieu and Mélina, the barista team is present from Monday to Friday from 8:30 am to 6 pm to serve you with a smile and now with latte art.

Guillaume is 23 years old and has just joined the team for some time, we asked him about his professional background, and his future projects.

Journey and passion for coffee :

The new barista de la Halte was first in CEGEP in literature, it was at this time that his history with coffee could begin: in parallel with his studies, he worked in a café in Beloeil on the"Rive-Sud". It is there that he begins to learn on his own.

He decided to move to Sherbrooke, initially to continue his studies, then finally entered the world of work, at Faro. It is in this SME located in the Eastern Townships, which has been open since 1982, that he meets Valérie Verhoef, and Guillaume owes him a large part of the education he has received and his rapid evolution. He was then offered a management position, again at Faro but at Ubisoft's Montreal office, which has 3000 employees and soon a fourth café. He learns how to manage espresso machine problems, calibrate the grinders, the days are intense but he stays 5 months, then decides to change coffee to have more time to devote to his personal projects.

A project in development :

At the same time, Guillaume develops an idea, reinventing the Cold Brew beverage. Already very popular in Quebec, and originating from Japan, this drink is cold infused in a tower that was used to make penicillin for 12 hours. The coffee extraction is then diluted in water or milk, served hot, cold or mixed with ice or other ingredients such as chocolate. Guillaume's objective is to reinvent this drink by adding new secret ingredients. To make it a quality drink and one day market it, Guillaume relies on the quality of the distributors, the choice of container and the time he will spend tasting it to highlight Quebec's flavours and culture as much as possible.

Ethical values that bring it closer to the essential :

Concerned about the environment and attached to his province, Guillaume's objective is to move away from the city centres to live closer to nature and focus on his cold brew development project. It is above all a "personal challenge" for him, because far from the idea of selling them in large shops and grocery stores, he imagines above all his drinks in small markets. Later, he did not refute the idea of launching a traditional coffee shop still far from the city.

An advantage for the Halte Café + Apéro :

If it is at first sight only artistic, the primary purpose of latte art is to prove the quality of coffee and milk. If the espresso is poorly infused, the crema will not be consistent enough or too much. The milk must also be frothed properly or the art latte will not be possible. In a few months at Faro, Guillaume learned to make tulips, rosettas and even pigs, a way for the Halte to enter the world of latte art, very "instagramable".

As far as the dosage of coffee is concerned, the barista is also a professional. Although there is no perfect recipe because coffee is a natural element and therefore subject to hazards such as rain that will weigh down the bean for example, the weight and brewing time are essential.

You needed one more reason to discover the Halte Café + Apéro. The beautiful pictures of latte art that you can post on instagram is one of them! 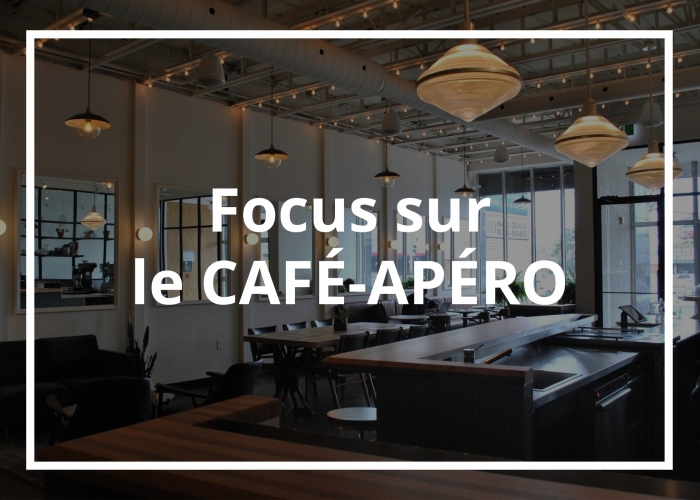